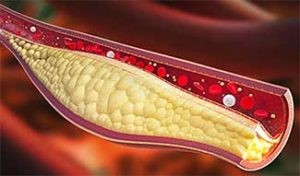 In His zeal for His Father’s house, Christ went into the temple and made a scourge of cords, then proceeded to drive out the money changers and those that were in the temple selling sacrifices to be offered to GOD. As the account goes, Christ turned over some tables and made quite a ruckus while ridding the temple of this perversion of a sacred practice. We need to have the same zeal today regarding a lot of the perversions that go on in the church; however, we can’t approach it the same way, as the temple and the perversions are dynamically different. We are now the temple of GOD. GOD no longer dwells in a temple built by the hands of man, but in a temple made of living stones, the body of believers in Christ.

Christ promised that if any man would love Him, then He and His Father would come and make their home inside him. Christ still has the same zeal for His Father’s house, whom we are. He cleanses us by filling us with His Holy Word, and by delivering us from unclean principalities and powers. Christ comes into our souls with the light of truth, and topples belief systems built on foundations of lies, and drives out unclean spirits of lust, pride, greed, violence, and dumbness. One of the most damaging lies polluting the temple of GOD today is the belief that the Fathers children are all sinners. This lie has been received, with such wide-spread acceptance in the body of believers, that it is has become a major blocker of the arteries of the body. This lie is hindering the life of Christ from flowing into all areas of the body, hindering healing and growth. If as a born again believer, you bow down to the false principle that you are just a forgiven sinner, you leave the door open for sin to rule in your life. If you believe you are a sinner, then you will sin. GOD made us in such a way that our bodies conform to our belief. You may have heard it stated this way before, “Mind over matter”. If you accept that lie, you will always be vulnerable to the powers of lust and pride. You will remain a slave to sin. Though Pharaoh has been defeated, and his kingdom fallen, you will remain in Egypt, shackled to much of your old life.

Now for the GOODNEWS! Let us allow Truth to tear down the lie. During the early church, when the revealed gospel of Christ was first being preached, many of the Jews of that day didn’t see the superiority of the New Covenant in the blood of Christ. They were reluctant to let go of the old law of “sin and death” under Moses, to enter the new law of “spirit and life” under Christ. The law of sin and death was put in place to facilitate a life of sin, because at the time, no other life was available. However, now that the life of Christ has been made available to all that have faith in His resurrection power, there is a way to escape the life of sin in the blood line of Adam. We have to suffocate and bury the old man who was in the image of Adam, through the baptism of repentance. Then we have to take up our cross daily to make way for the resurrection life of Christ.

Everything made in creation came through the Word of GOD. When you abandon your old life in surrender to Christ, this same power calls you a new creation of GOD, made in His likeness. This same Word has created a new you, but you have to receive it. The Word of GOD is powerful, but you have to believe, so that your mind can be renewed and your transformation can take place. This part of the Gospel of Christ has been oppressed by the powers of darkness, and it is time for it to be spread throughout the body of Christ. The acceptance of this Truth can unblock the arteries in the body of Christ, so that the fullness of His life can quicken every part of the body. This will cause the glorious light of the risen Christ to break forth in the earth through His body, the church.

Here are a few scriptures people use in the wrong context to support the lie that the born again in Christ are still sinners, ruled by sin.

“For all have sinned, and come short of the glory of God.”

True context: Paul is declaring there is no distinction between Jews or gentiles when it comes to the need for salvation through Christ, because all “have” sinned and need redemption through the blood of Christ; whether you have been practicing Judaism, paganism, or whatever in your past, you have sinned. Pay attention to the context of past sin as he says, “all have sinned”. This is frequently used in the context of equalizing all believers as present sinners. Paul even refers to Christ in this block of scripture as the propitiation for “past” sin.

“As it is written, there is none righteous, no, not one”

True context: Paul is quoting scripture from the book of Isaiah in the old testament, regarding mankind before the workings of Christ. This old testament prophecy was never meant to describe the state of the resurrected church of Christ. In the same scripture it goes on to say,” there is none that understand and there is none that seek the Lord”. If the first part applies, then the second part has to be true for the church today as well…thank the Lord that it doesn’t.

Read the entire chapter of Romans 3.

“If we say that we have no sin, we deceive ourselves, and the truth is not in us.”

True context: We are all in the process of being healed and cleansed from the rudiments of this world. If we say we have no traces of Adam left in us, we don’t understand how far man has fallen into darkness, nor do we realize how righteous and pure GOD is, in whose image we are made. Having sin is different from sin having you. The bible says in Romans 6, “Neither yield ye your members as instruments of unrighteousness unto sin: but yield yourselves unto God, as those that are alive from the dead, and your members as instruments of righteousness unto God.” Just because you are inclined to do something doesn’t mean you have to yield to it. Confess the inclination to your Father GOD and He will cleanse you of it.

I have cited a few of the most popular verses, used out of context, to support the false belief that the salvation of Christ is in effect forgiveness without deliverance from the condition that causes sin. He who the soon makes free is free indeed. The thief comes only to kill, steal, and destroy. Let nothing or no one rob you of the victorious life promised you by Christ.