When I was in my late teens and I started to process the inhumanity of slavery and other civil rights violations, I found it very hard to reconcile both the indifference to, and acceptance of, hateful social behaviors from professing Christians. I couldn’t imagine the thought process that would allow a Christian to actively participate in chattel slavery. Neither could I understand how a church could segregate the congregation, designating blacks to sit up in balconies or to the rear, while reserving seats on the main level and in front for whites. It all became clear as I grew stronger in my understanding of the word of GOD. I began to understand the dynamics of how spiritual darkness exploits pride and selfishness to blind the mind and harden the heart.

In Matthew 24, the Savior’s warns those that would follow Him, to take heed that no man deceives you. He goes on to say that in the last days there would be MANY false prophets, or false messengers. He also said there would be many to come in His name professing they were the Christ, and many would be deceived. Based on this, it is not surprising that you can have many calling themselves followers of Christ, yet living and professing things contrary to the heart and character of Christ. The deception is real. Christ prophesied that the effects of this would be that iniquity would abound, and the love of many would wax cold.

Today, as I look at the viewpoints of MANY professing Christians, and the lies being spewed on many media outlets, I am reminded once again of the prophecy of Christ. Though I knew it was possible, it is still heartbreaking to see people you once thought of as strong Christians, succumb to the deception, and to see the evidence of their love turned cold, as they promote the hateful rhetoric of darkened minds. It is difficult to watch the witness of Christ smeared, as those once identified as loving Christians condone or be indifferent, to the inhumane treatment of people of color in our streets and at our borders. Any Christian that would call an immigrant seeking asylum in this country an invader, has been deceived and has lost touch with the merciful and compassionate heart of GOD.  An invader is one that comes for conquest and plunder, to take land by war. Here are a couple of pictures of actual invaders: 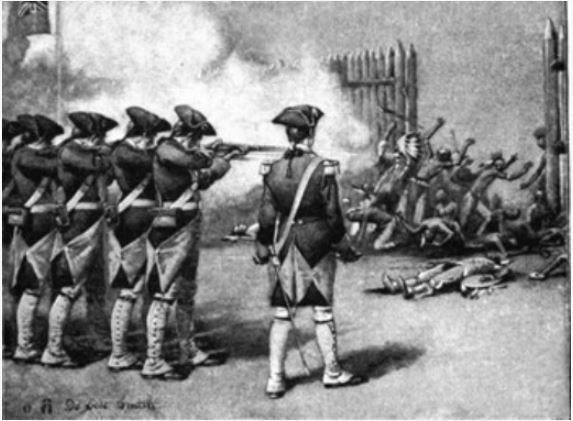 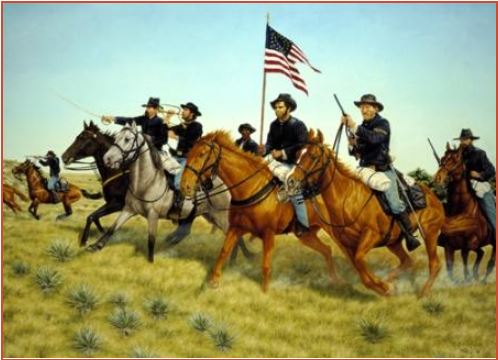 Helpless immigrants are called invaders, while those in the pictures above are referred to as patriots, pioneers, settlers, pilgrims, and the founding fathers… Such darkness.

To make inhumane policies acceptable to the masses, you first have to make the subjects of the policy inhuman. American history is replete with examples of this deceptive propaganda; Native Americans portrayed as Savages, African abductees declared 2/3 human, Civil Rights leaders accused of being anti-American socialist (considered by some the same as inhuman), Muslims labelled as terrorist, illegal immigrants now framed as criminal invaders. The cooling of Christian hearts in this age is nothing less than the progression of the foretold apostasy. Christians who are seduced away from the love that is in Christ, by having their affections shift to the things of this world. The heart of Christ tears open veils, destroys gates of hell, breaks apart bonds and shackles, and releases the captives, so from where does the notion to imprison the helpless and to build walls of separation from the needy come from …not from the Savior that gave His life to save ALL mankind. Historically, the cooling of the Christian heart has proven to be the most destructive form of climate change. Only deep devotion to Christ can keep the heart ablaze with Love.

The bible says in Ephesian 5, there is a mysterious correlation between the institution of marriage and the relationship between Christ and His Church. The couple to be married are encouraged to leave their father and mother, so that they may cleave to one another, and form a new union. Christ left heaven to join His Church, now His Church has to leave the world to join Him.