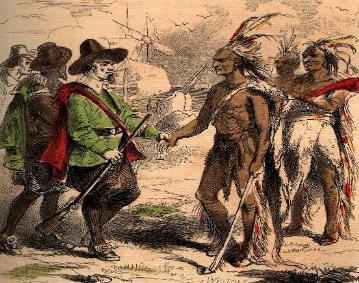 In 1863, President Lincoln made Thanksgiving Day a national holiday to be observed on the last Thursday of November. The focus of the holiday was to reflect on the travesties of the Civil War and to mourn the humongous loss of life. It was a day to pray GOD’s healing for the nation.

In 1939, President Roosevelt moved the holiday up a week to boost the economy during the Great Depression. After fervent opposition to the change, the holiday was moved back to the last Thursday two years later. Four Square, a corporation that provides statistics on consumer foot traffic to merchandisers, reported that businesses that open on Thanksgiving day are at a greater advantage to profit over the “Black Friday” shopping weekend. If stores open, the shoppers will show up. It appears there has been a shift in how Americans value the holiday.

Thanksgiving, like many other holidays, seems to take on its own meaning with different families and communities. The first national observance was over one hundred and fifty years ago. America is still in need of much healing as a result of racism and inequality. Just as in 1939, the contender for reflection and focus toward national healing is making a buck.