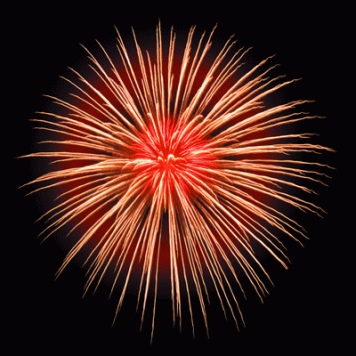 GOD told His prophet Moses to tell the Israelites that “I AM” sent you. GOD is the self-existent one; unlike everyone else or everything else, which exist by Him. Mankind, the children of the great “I AM”, realize that they “are” too. Everyman reaches a point in his life when he becomes conscious of himself and professes inwardly that “I am”. However man’s profession that “I am” is incomplete because he is defined by the great “I AM”. GOD’s profession is “I AM that I AM”, because He is defined by Himself. He Himself is all that ever was and all that ever will be. We are only because He is. He defines us. Since He defines us, He completes our profession. In other words, we are who He says we are, not who we self-proclaim that we are. This is the humility that all men must learn before they can be fulfilled in Life. This is at the essence of what Holy Scripture calls the “Fear of the Lord”. Until we understand ourselves in the light of who the “I AM” says we are, we are lost. The prophet Isaiah says it this way, “All we like sheep have gone astray; we have turned everyone to his own way; and the Lord hath laid on him (Yeshua) the iniquity of us all.”

When mankind chose independence from GOD and decided to self-govern, he went astray. GOD is the virtuous light of true vision, no one can guide virtuously without Him. Yeshua put it this way when He spoke a parable to the disciples, “Can the blind lead the blind? Shall they not both fall into the ditch? The disciple is not above his master: but every one that is perfect shall be as his master.” The way to being perfect, whole, mature, complete is by returning to the governance or obedience of GOD. Man must again allow GOD to define who he is. Man must allow GOD to guide him back to his true self.

Yeshua is the path to becoming our true selves again. As the prophet Isaiah says, the burden of our redemption has been laid on Yeshua. The book of 1st Peter says, “Who his own self bare our sins in his own body on the tree, that we, being dead to sins, should live unto righteousness: by whose stripes ye were healed. For ye were as sheep going astray; but are now returned unto the Shepherd and Bishop of your souls.”

When I obey the great “I AM” then “I AM His son”, “I AM holy”, “I AM righteous”, “I AM an heir to the Kingdom”, “I AM a royal priesthood”, “I AM a holy nation”, “I AM an expression of all that He is”, “I AM saved!” The book of John says, “But as many as received him, to them gave he power to become the sons of God, even to them that believe on his name: Which were born, not of blood, nor of the will of the flesh, nor of the will of man, but of God.” Through faith in the gospel of Christ, don’t let anything or anyone define you other than the great “I AM”.